If you or a loved one is facing criminal charges, Chew Law Offices is here to help. Our competent and compassionate attorneys rely on years of experience handling both misdemeanor and felony cases so you can move on with your life.

We pride ourselves on being knowledgeable, accessible and tenacious. We have successfully defended countless clients in both state and federal courts throughout the Bay Area, including San Francisco, San Mateo, Alameda, Contra Costa, Santa Clara, Napa, Solano and Sonoma counties.

Our impressive track record is built on our deep commitment to our clients. We will guide you and your family members through the legal process, fight for you in court and offer personal attention that is unheard of in large law firms. 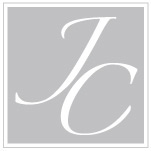 Please provide your name and email address to subscribe to our monthly newsletter.

Charged With A Drug Crime In California?

Tips From An Experienced Attorney That Will Save Your Future

"Okay so I was charged with some serious charges. Charges that could of put me in jail for for a longtime, I was faced with 8 different charges all were felonies. I knew that some of the charges were just bogus and didn't even pertain to me so I wanted to fight it and I didn't trust no public defender to represent me. I started to research for a lawyer, one that won't cost me an arm and leg. After weeks of trying to find the right attorney to represent me, my friend gave me Jonah's number and said your best bet is with him. So I did a little research on him and emailed him right away, told him about my situation and my case and how much I can afford if I hire him as my attorney. Few hours later, I recieive a reply back. I was amazed because Jonah was the only one that replied with such concern and with the eagerness to help me out. It was a genuine email. He didn't beat around bush or sugar coat anything, he told me straight up and kept it real it real from the start. Too put a long story short, there is soo much I can say about Jonah, Jonah is REAL, he works for you and he's always on top of things. He is well respected by others and has a sense of humor that goes along way especially if your facing some serious jail time. Through this whole ordeal, after 6 or 7 court appearances we had to go to, Jonah worked his MAGIC. He got them to drop 6 of my charges and no jail time, as of yet!!!!!!lol. I took a plea deal which got me probation and a few programs I need to complete. I feel that Jonah went the extra mile with me. He's the man. I would be in jail if it wasn't for him. Thanks Jonah....I appreciate every minute and time you spent on my case. I owe you big time."

What Is Criminal Defense And Why Do I Need An Attorney In San Francisco?

In the United States, everyone who is charged with a crime is entitled to a competent criminal defense. Criminal defense is the legal process of protecting a charged person’s rights during the criminal investigation, trial, and conviction process. You have the right to a legal defense from the moment of the initial criminal charge all the way through to sentencing, appeals, and any additional post-trial motions. All an arrest means is that a law enforcement officer or a judge is convinced that enough probable cause exists to suggest that you may have committed the crime in question; it in no way means that you are automatically guilty of committing that crime!

Most arrests are made by law enforcement officers. This means you may be arrested for a criminal charge that hasn’t even been verified yet by a prosecuting attorney or a judge. A criminal defense lawyer in San Francisco, California can get involved early on and argue on your behalf, before any official criminal charges are ever even filed by a prosecuting attorney. If you are of the belief that you are being investigated for a crime or if you are arrested in San Francisco, CA, hiring a criminal defense attorney to help you strategize and to represent your rights as soon as possible is the absolute best move to make. Your lawyer can immediately commence his or her own investigation and is then able to present any discovered evidence to negate any potential criminal charges brought by the prosecuting attorney.

A felony is a criminal charge that is of a more serious or harmful nature than a misdemeanor criminal charge. Felonies can be violent but they can also be nonviolent. These crimes are generally punishable by a federal prison sentence of one year or more. Felony criminal charges are incredibly serious threats to your freedom and future and require you to immediately engage the professional legal representation of an experienced criminal defense attorney in San Francisco, CA. Crimes that are classified as felonies generally include only very serious offenses. Call The Law Offices of Jonah Chew, if you’ve been charged with one of the following felony offenses:

It is only logical that because felonies are such serious crimes, the penalties and the process of a judge or jury deciding on the penalties for them are considered to be at least equally as serious. When formulating a sentence for a felony conviction, the following factors will be considered:

Criminal penalties for a misdemeanor crime can involve any combination of jail time, costly criminal fines, and/or probation. The legal consequences of a criminal misdemeanor charge is also much more tailored to the exact details of the specific crime involved. For example, if you are convicted of misdemeanor vandalism, your sentence might include being required to perform clean up and repairs to community buildings or write a genuine letter of apology to the owner of the property you were convicted of vandalizing. Misdemeanor penalties for DUI can often involve completing a mandatory DUI class or a course of substance abuse treatment.

The fact that a misdemeanor criminal charge is not legally considered to be as serious as a felony criminal charge does not in any sense mean that you do not need legal representation. Any conviction on your criminal record will have a very serious impact on the rest of your life. Your constitutional rights should be fiercely protected by a San Francisco criminal defense attorney.

A driving under the influence (DUI) charge is what can happen when a person is found to be operating a motor vehicle while they are under the influence of drugs or alcohol. Under the influence means that they have a blood alcohol level of at least 0.08. When the person who is driving is a minor or a holder of a CDL, the legal alcohol limit is even lower. In California, if convicted, you could be required to pay fines as high as $2,000. On top of that, you could serve two days in jail. Often, this jail sentence is substituted for community service. Your punishment will also incorporate the completion of a mandatory alcohol awareness course. This course can take months to complete.

While it is technically only a misdemeanor conviction, a DUI on your criminal record can take a serious toll on your future, especially if you are a professional driver. Don’t underestimate the importance of having a competent DUI attorney on your side in San Francisco, CA, to fight for the possible reduction or even the dismissal of your charges.

Jonah Chew, Attorney at Law, accepts cases involving all types of criminal matters. Call today to get 25 years of experience on your side!

Charged With A Drug Crime In California?